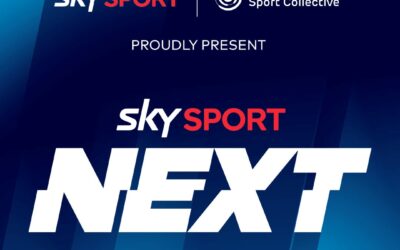 CAPTION: Invercargill's Cormac Buchanan (bike No.28), the leading rider in two separate classes after racing near Timaru at the weekend. Photo by Andy McGechan, BikesportNZ.com

The points tables do nothing to indicate the closeness of racing in this season's New Zealand Superbike Championships (NZSBK).

The competition kicked off at Christchurch just over a week ago, while round two was staged at Levels International Raceways, near Timaru, on Saturday and Sunday, and both weekends featured ferociously-close racing in all the various bike categories.

The four-round series reached the halfway stage at the weekend, also winding up the South Island phase of the competition – with two events in the North Island to wrap up the series in March – and probable title winners have now revealed themselves.

In the premier superbike class it's shaping up for a straight battle between sibling rivals Damon and Mitch Rees.

The two men from Whakatane were locked in tight battles at both Ruapuna and Levels, not only with each other but also with Christchurch's defending champion Alastair Hoogenboezem, Rangiora's Jake Lewis and Taupo's Scott Moir and the Rees brothers left the FabTech and Trust Aoraki-sponsored event at Levels positioned 1-2 respectively in the class, separated by 16.5 points, with Lewis third overall after these two rounds, 15 points further back.

The Supersport 600 class has so far been a Dale Finch benefit, the Christchurch rider so far unbeaten in the class, although he's been pushed along at times by Upper Hutt's Rogan Chandler, Taupiri's Zak Fuller and Rangiora's former national 600cc champion Avalon Biddle.

The second sidecar race at Levels at the weekend was recognised as the NZGP trophy race and it was won by Tauranga duo Barry Smith and Stu Dawe. The coveted NZGP title race had been in the schedule to be run at Ruapuna the previous weekend, but it was unable to go ahead on that occasion, the sidecar teams therefore catching up that honour at Levels on Sunday.

One of the most impressive riders in the series so far has been 14-year-old Invercargill rider Cormac Buchanan, who has so far won all but one of his 11 races in the two separate classes he is campaigning this season – the Supersport 300 and Supersport 150 classes.

Set to race in the high-profile Red Bull Rookies Cup in Europe later this year, the teenager has shown skills and maturity well beyond his tender years and will surely be an elite international sportsman to watch out for in the future.

Unfortunately, the racing at Levels came to an early finish on Sunday – Motorcycling New Zealand road-race commissioner Grant Ramage explaining that "the meeting at Levels had to be abandoned after a helicopter was required to airlift an injured rider from the track following an accident.

"The delay on the track pushed the race programme beyond our allowable time limits," he said.

There is now a month-long break after this South Island phase of the series, with racing set to resume in the North Island, with the Mike Pero-sponsored MotoFest, round three at Hampton Downs Motorsport Park, near Meremere, on March 6-7, before wrapping up with round four at Taupo's Bruce McLaren Motorsport Park on March 13-14.

Ramage said the racing at both rounds of the series had been "amazing" and he too would appreciate a couple of weeks' break to catch his breath before the final two events on the calendar.

"The next two rounds at Hampton Downs and Taupo will be must-see events," he said.

Unfortunately the NZSBK Rd. 1 content we were going to play out at 1700 on Sky Sport 5 has been delayed & won’t make its planned TX.

The content will now play out tomorrow (14 January) at 1700. Apologies for any inconvenience caused. ... Read MoreSee Less

most riders are still down south which is a day behind the north anyway....

Sky Sport Next are pleased to share the dates and times of the various replays happening on Sky Sport.

And there's no Series link. Please can this be fixed?

Thank you for posting this. My electronic guides are saying 'TBC'. Good to know it's on cause I missed Sundays live stream

IT'S A BACK-TO-BACK SOUTH ISLAND BLOCKBUSTER

It's one down and three to go in this year's chase for motorcycle road-racing honours and the action on tarmac is set to get hotter as the series progresses.

The first round of four in the 2021 New Zealand Superbike Championships (NZSBK) was held at Mike Pero Motorsport park, Ruapuna, on the outskirts of Christchurch, last weekend and several riders surely have bragging rights after that early dust-up, but it's early days yet and none can really take anything for granted.

The FabTech and Trust Aoraki-sponsored second round is at Levels International Raceway, near Timaru, this coming Saturday and Sunday, and the South Island riders in particular will be hoping to make the most of this weekend's opportunities to score before the series heads to the North Island for the second half of the series in March.

One rider who might fancy his chances more than most this coming weekend is Timaru's Harry Parker, the 20-year-old hoping a little home track advantage might boost him up the standings.

Parker finished third overall on debut in the Supersport 300 class in 2019, was placed fifth overall in the same class last year and he's running second in the class after the 2021 opener at Ruapuna last weekend.

He'll be working hard to see if he can move up to the No.1 spot, but that could be extremely tough with the 14-year-old road-racing sensation from Invercargill, Cormac Buchanan, virtually untouchable at Ruapuna and likely to be just as hard to beat at Levels.

Parker is no longer a novice in the sport, having introduced himself to the sport by racing in the inaugural GIXXER Cup competition that kicked off at the end of 2017 and he then finished a remarkable third overall in the 250cc Production class in 2018.

He certainly has not wasted any time in getting to grips with the sport and Parker could now be expected to feature among the leaders any time he races.

"I certainly plan on getting in front of Cormac (Buchanan) this weekend. We passed each other, back and forwards, a few times at Ruapuna, so I know I've got the pace to challenge him. But he's pretty special ... remember, he's this quick and he's still only 14 years old," said Parker.

"I'll have to ride a bit smarter this weekend. I went too hard early in my races at Ruapuna and cooked the tyres. This meant it got pretty slippery and I had to back off a bit near the end just to ensure I finished the races.

"I practice at lot at Levels, doing as many laps there each week as I can, so I expect to go well there.

"I raced a bit in Australia last year too ... well I crashed my brains out actually," he laughed. "But I learned a lot from that experience too."

Aside from what happens in the Supersport 300 class this coming weekend, the action is expected to be fierce in the other bike categories too, with the Superbike and Supersport 600 classes typically attracting the most attention, although the 650 Pro Twins, Sidecars, GIXXER Cup 150 and Supersport 150 classes will also be closely-fought.

There is a month-long break after this South Island phase of the series, with racing set to resume in the North Island, with the Mike Pero-sponsored MotoFest, round three at Hampton Downs Motorsport Park, near Meremere, on March 6-7, before wrapping up with round four at Taupo's Bruce McLaren Motorsport Park on March 13-14.