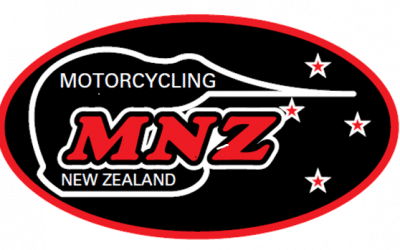 This week MNZ reduced the competition relicensing fees for...

Motorcycling New Zealand [MNZ] would like to announce the...

We are proud to announce the team that will represent New...

This week MNZ reduced the competition relicensing fees for the next 12 months up until 30th June 2023.
This was done with the intention of supporting our membership through what has been tough economic times and a high cost of living period.
The Board and staff genuinely care about our membership and see this as a way of encouraging you stay involved in our sport.
Within 24 hours we have received correspondence of more than 30 aggressive, rude emails, and additional phone calls regarding this, with some members saying how angry they are that they had renewed up to a month ago and demanding their money back.
This aggression will not be tolerated towards our very hard working staff who are there for you.
You too will enjoy the benefit of this generous discount next time you renew your licence, as long as it is before 30.06.23.
It’s sad that some members have not taken the time to read this positive initiative before hitting their keyboards with such vigor.

should be permanently put down, things aren’t going to be back to normal for years

Nice one MNZ. You guys do the best you can and I certainly support you. I just recently renewed mine and could not care less about the discount offer. It all goes to supporting the riding so good one for writing this up. Way too much conflict and aggression going on these days.

I fully applaud this post MNZ for holding anyone to account for inappropriate behaviour. Too much is let slide these days, especially with social media where people can hide behind a keyboard. Those working in sport are most often there through the passion and dedication they have for the code - it’s certainly not for the glamour and the money! - and therefore deserve to be treated with respect.

While that sort of aggressive response isn’t called for in any situation, please take on board that it was announced the day before it was to take effect. A time when many people were organised and had already renewed licences before they expired. Making the decision and announcing it a month prior to the majority of licences expiring would have been a fairer path to have taken. Also the people who renew after 1/7 will also get the opportunity to get a second year of lowered fees if they renew again in June next year. Bonus for them.

You prob deserve it pav… I ride my bike and you call the cops cause it’s upsetting your Peaceful day…. If only people really knew what you are like haha

Kate Buchanan i agree with you! People become keyboard warriors, and they feel it's acceptable to fire off emails or messages full of abuse if they don't agree with a decision a company or organisation has made. Yes, they definitely have the dedication and the love for the sport, otherwise they wouldn't be in the positions they are in. For the ones who fired off the e-mails or messages, any decision MNZ makes is never taken lightly, ok, maybe it hasn't suited some people for when the decision was made, however, you still have time up your sleeve. Think on this, would you speak to your parents, partners or grandparents the way you did to MNZ? Have some respect for other people, it goes a long way.

Great stuff and thanks for all of the hard work that you have done to make this happen. I think most has been said. I think that so many people do so much for Motorsport the aggressors and Poor mannered should be named and shamed. Possibly not able to be done however it would be good if they had the audacity to send these emails that they share their details. Motorsport is a community. Thanks

Some people you just can’t help. Well done MNZ I say on doing your best.👍 

Yip totally aggreed no place for keyboard warrior pricks. BUT I will give my opinion, we have just upgraded and did early as we have a meeting this weekend at levels Possibly the reduction should have been posted a month ago , I appreciate that you would be swamped but this may keep everyone happy possibly? Ok that will never happen 🤣

Motorcycling New Zealand [MNZ] would like to announce the following RENEWAL Licence Fees – To take effect from 1st July 2022 – 30th June 2023
MNZ continue to recognise and acknowledge the recent challenges faced by members of our motorcycling community and have taken this into account regarding the below costs.

This is effectively a 25% reduction across the RENEWAL Licence options and follows on from the recent decision to waive Club/AGM Fees for 2022.
Permit Fees will remain unchanged through to June 30th 2023.

Perhaps would have thought everyone that purchased championship licenses last year (an weren’t needed) would only need to pay club license equivalent this year.

Will there be refunds of the difference for those of us who have just renewed?

But remember MNZ have still had to keep their staff & Office open, so they were still there at your service. It wasn't MNZ that infected the wolrld with Covid!

so the people that renewed June before 1st July original date or renewal before you decided to have rollover membership miss out this year ? yes understand about timing but i could have of done with the 25% this year. especially when my date is 20th June

Hey guys I was a bit bummed as I got my son's licence yesterday but when you think about it the discount lasts for 1 year so if you got your licence before today you will get the discount next year when you apply.

Jason Swanson same here… I got an email to say time to renew, so I did (even though the licence doesn’t run out till end of July)

Yep Like pretty much everyone has mentioned will those who have already paid be getting a 25 % reimbursement.

Jason Swanson yes Renewed Blair's this week too, missing out on the saving, it will probably go up 25% next year , We had everything canned last year racing wise and very surprised to pay increased amount $$$.

Great thanks for that. Every $$ saved is always a bonus.

Ben Morrissey should have waited a couple of days 😢

We are proud to announce the team that will represent New Zealand at this years MXON at Red Bud USA in September.

Team managers Bevan Weal and Shayne King said - 'With a record number of expressions of interest this year it was a difficult team to put together and especially due to the Covid vaccination rules entering the USA but we both feel we have selected one of the strongest teams to represent our country'.

'We are delighted to be able to support these riders and the management through this campaign after such an absence through 'global challenges' said Mike Kerrisk, General Manager of Motorcycling New Zealand. 'The team shows a great blend of youth, experience and obvious ability, we wish them all the very best and know they will represent well'

The MXON will be held at the Red Bud Motocross Park, Buchanan, Michigan USA on the 24/25th September. ... Read MoreSee Less

Congrats to Brodie, Hamish and Josiah.

Surely Dylan Walsh should've be in?

With Natzke current experience in US would it not be more fitting to be in MX2?

The 2022 Battle of the Teams MX at Taupo

FUNDRAISER EVENT HAD RACING OF THE HIGHEST ORDER

Teams racing of the highest order lit up the track at Taupo on Saturday as the popular annual Battle of the Teams motocross produced some scintillating match-ups.

The Battle of the Teams fundraiser motocross attracted six-rider teams from all parts of the country, the competition to raise funds for Team New Zealand's annual assault on the Motocross of Nations (MXoN), usually in Europe but this year to be staged in the United States.

The MXoN, often referred to as the "Olympic Games of Motocross", did not proceed in 2020 due to the COVID-19 pandemic and New Zealand did not send a team to the MXoN in Italy last year due to safety concerns and continuing travel difficulties associated the pandemic.

Those hiccups aside, the team-versus-team format used for Saturday's event in Taupo – which is similar to the nation-versus-nation configuration of the MXoN – is obviously still immensely popular with the New Zealand motocross community.

The number of teams entered at Taupo this year was a record, with a staggering 52 separate teams signing up to race.

In the end, it was the depth of talent and the consistency of Team Alpinestars that shone through to take away the main trophy as outright winners.

Runners-up were the CML Racing Team riders, with Team Green taking the third spot on the podium. The Taupo Motorcycle Club Blue Team and then Team Good Times made up the top-five finishers overall.

"The weather played its part and it was another great fundraiser event, with riders coming from as far as Invercargill and Whangarei," said Taupo Motorcycle Club president Bevan Weal, the man who, coincidentally, is also co-manager for New Zealand’s 2022 MXoN campaign.

"This Taupo event is so important. The club makes no money from this. It's all about generating funds to get our team to the other side of the world to race the MXoN," he said.

Sharing the managerial duties is New Plymouth's former motocross world champion Shayne King, the multi-time former national champion who was also, on numerous occasions in the past, a team rider for New Zealand at the MXoN.

King said it was so important to have Kiwi representation at the MXoN.

"So of the individuals racing at Taupo could well be in the mix to form the MXoN team in September. It's so cool to pull on that black jersey and step out with the New Zealand flag flying. You're up against the best riders in the world and, after not racing at the MXoN for the past two years, everyone is bursting to go.

"We've got some pretty good riders to choose from and the American fans at the Red Bud track really go off ... it's like dynamite there ... it's quite an experience."

This year's edition of the MXoN is set for Michigan, in the United States, on the weekend of September 24-25.

More than $13,000 was raised by the Battle of the Teams event on Saturday.