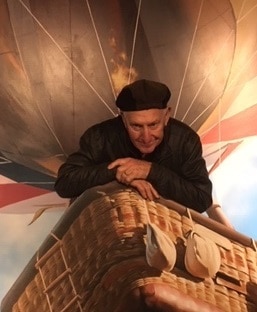 Murray Perry first developed an interest in motorcycling at 16 years old and purchased a 350cc BSA grass tracker. He rode it with little or no success, earning himself the title of ‘Rain Drops’ (often falling).

Great friends with Hugh Anderson and Ginger Molloy, he attended many race meetings with them as a gopher.

Along with Peter Watkins, Murray started the Huntly Motor Cycle Club and is a Life Member. He was a club steward, amongst many other roles, until he was invited to become the Waikato District Steward by the NZACU. He performed the role for around twenty years, after which he became a Senior Steward.

He was Series Steward for the Road Race Championship for many years, and spent 17 Boxing Days stewarding at Cemetery Circuit, including one during his honeymoon in 1986. A foundation member of the Paeroa Street Road Race, Murray was also Steward at the event for about 15 years.

He served on the MNZ Board for a short period as the Road Race representative and was the Health and Safety Commissioner for more than eight years until his retirement from ‘hands-on’ roles within the sport, due to eye sight problems.

Murray was made a Life Member of MNZ in 1997. He says his greatest reward was meeting so many good people and making lifelong friends from the sport.