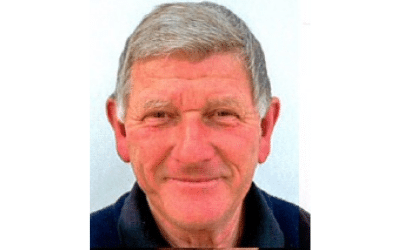 Robert Grover was awarded Services to Motorcycling New Zealand in 2018 and made a Life Member in 2019.

He has been involved in the sport for a very long time, has held an ACU/MNZ licence for over 50 years, and still competes today. He started racing on motocross bikes before moving to road racing, eventually competing in the Isle of Man TT.

A member of the Central Hawkes Bay Motorcycle club since it was founded in 1976, Robert was the first person to be awarded a life membership in 1990. He was club captain for over 30 years and also served as the club’s president.

In 1999, Robert was honoured by being awarded the ‘Freedom of the Wanganui Cemetery Circuit’, having competed in the event since the 1960s.

A national grade Steward and Clerk of the Course, Robert has represented MNZ at club and national level for over 30 years. He has been a member of the protest panel in road racing and has also been selected as riders’ representative at many events.

Robert is a well-respected member of the motorcycling fraternity and has a wealth of knowledge and experience which he is always willing to share with any rider or official.