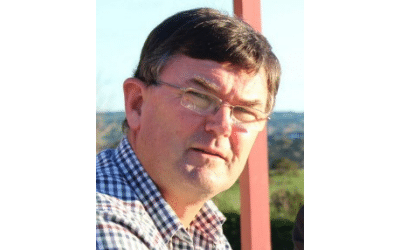 Trevor Heaphy first became involved in motorcycle sport when he joined the Auckland Motorcycle Club in 1974, assisting as a Flag Marshal, until he started road racing on a home-built Yamaha 350 in 1977.

His first race was a Marlboro Series 350 race amongst all the visiting international riders. In 1982, he became more involved in the organisational side of the sport, initially at a club level. He became a Club Steward in 1985, progressed to Assistant District Steward in 1986 and has been a Steward continuously since then, culminating in being made a Senior Steward in 2009.

Over the years, Trevor made the odd foray back into competition on a range of machines. However, he remained more involved as an official, holding several roles within MNZ (and prior to that the NZACU). He was a board member in 1991-94 and 2008-09, Road Race Commissioner 1992-94 and 2001-04, and a member of the Road Race Commission 1997–2001. His main role within AMCC has been as Clerk of the Course at countless events since the mid 1980s, including every Paeroa Street Race since the event began in 1991 till its final showing in 2018.